New Castle County was formed by a land grant for William Penn in 1676.  The grant established the three counties in Delaware (New Castle, Kent and Sussex).  New Castle County was broken up into eleven districts known as “hundreds.”  Similarly the term “township” was used in the state of Pennsylvania.  A hundred described an area where 100 white men lived.  Boundaries:

(refers to Charles Mason and Jeremiah Dixon, surveyors for the King…

the area  at the MD and PA state lines)

Constables enforced all laws within the county.  They derived their powers under the colonial form of government which was administered by the Levy Court.  The laws were formally known as the “Duke of York Laws.”  Duties:

·        Organize posses for hot pursuit of violators of the law

·        Arrest without warrant for violations they observed

·        6’ wooden staff with a “Badge of the King” on it: symbol of Constable’s power and authority, could not act without it the county paid for the staff due to its importance

Early 1900s brought about the advent of the automobile.  There were numerous complaints from citizens regarding the unsafe operation of the vehicles.  Citizens groups also request police presence in rural areas and increased growth is seen throughout the county.

Later in the same year another county police agency is formed.  The agencies are separate in their duties but eventually come to represent the beginnings of the New Castle County Police. 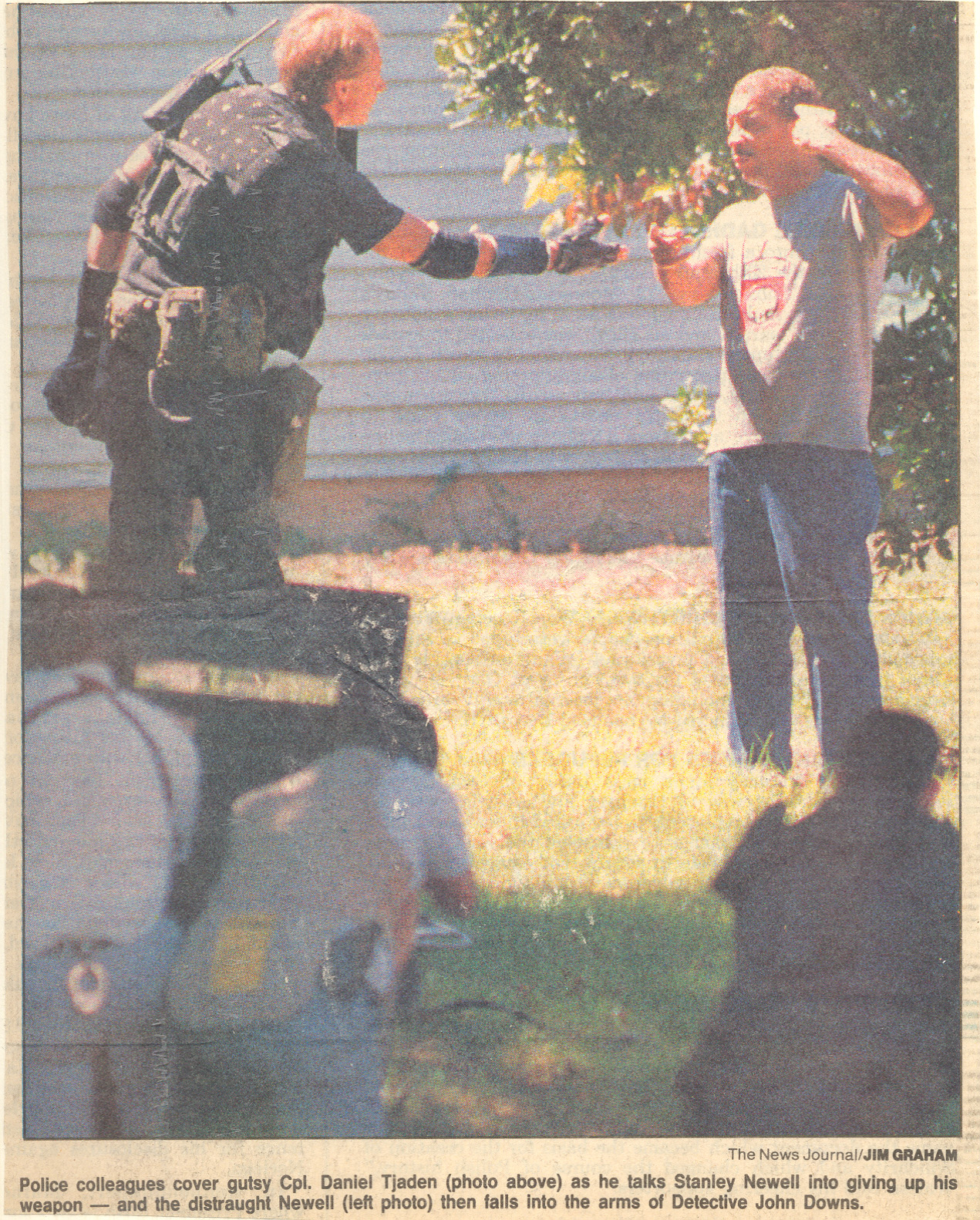 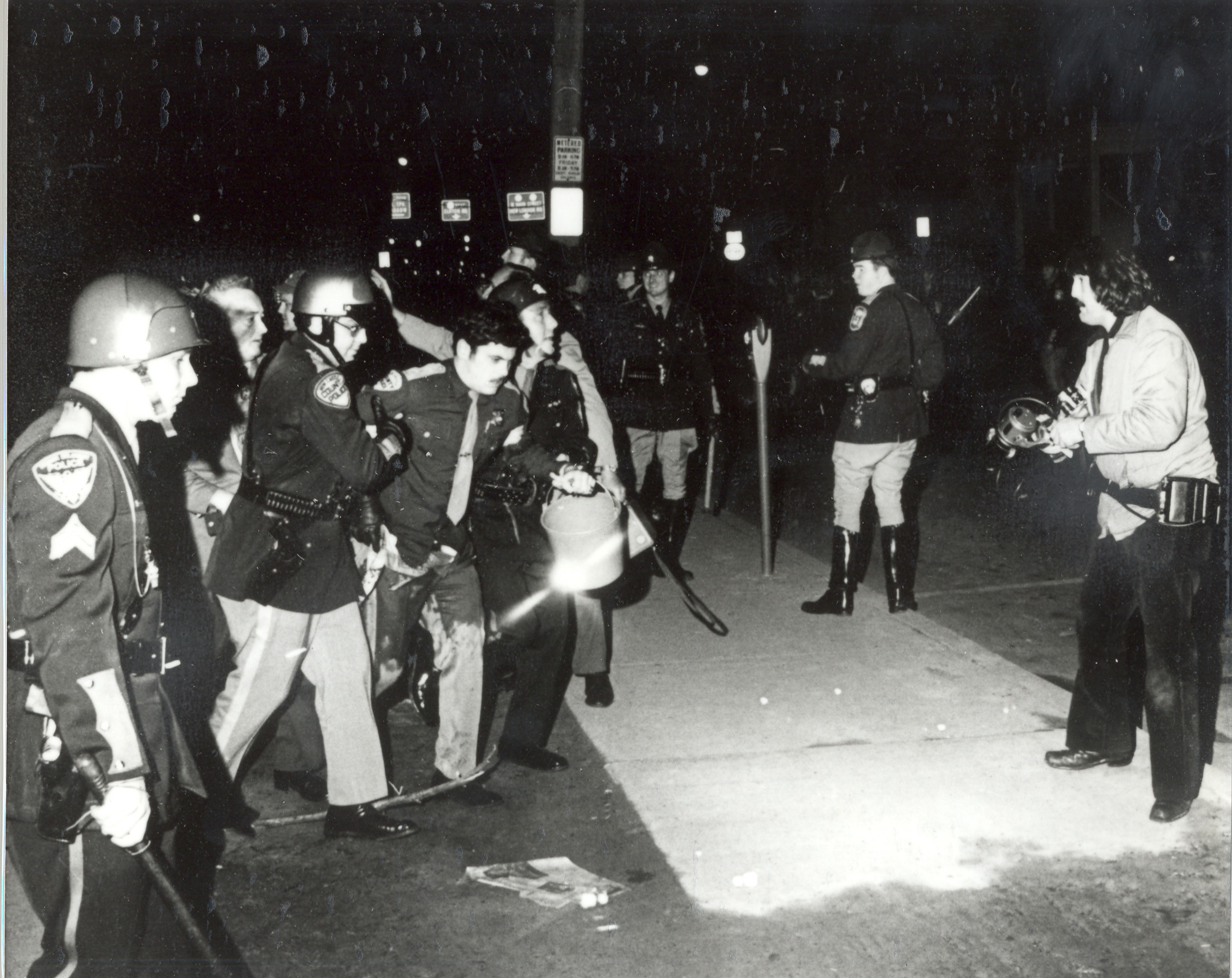 Newark, Delaware -  Riot on Main Street (Off. Rogers was hit by chemical bomb) 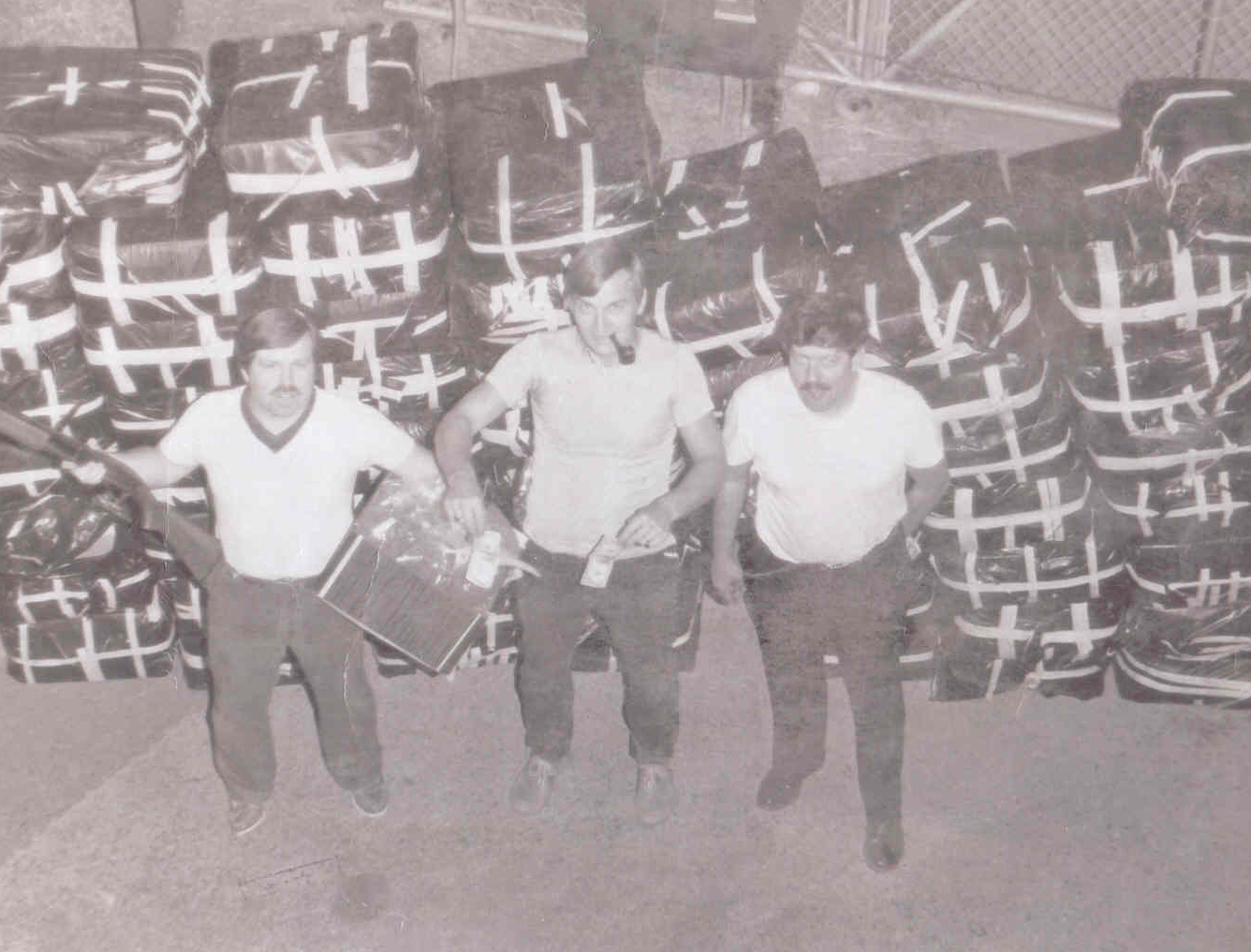 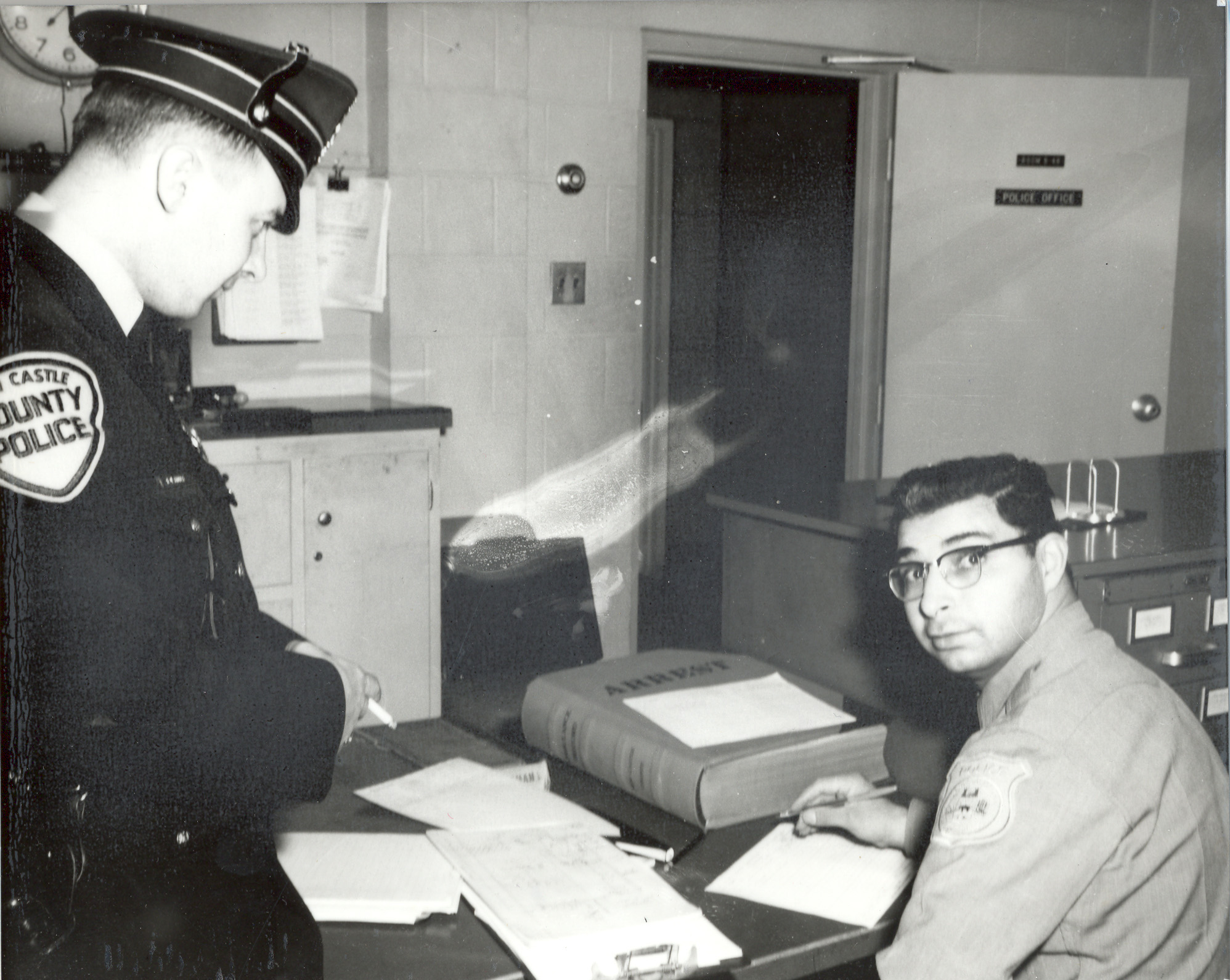 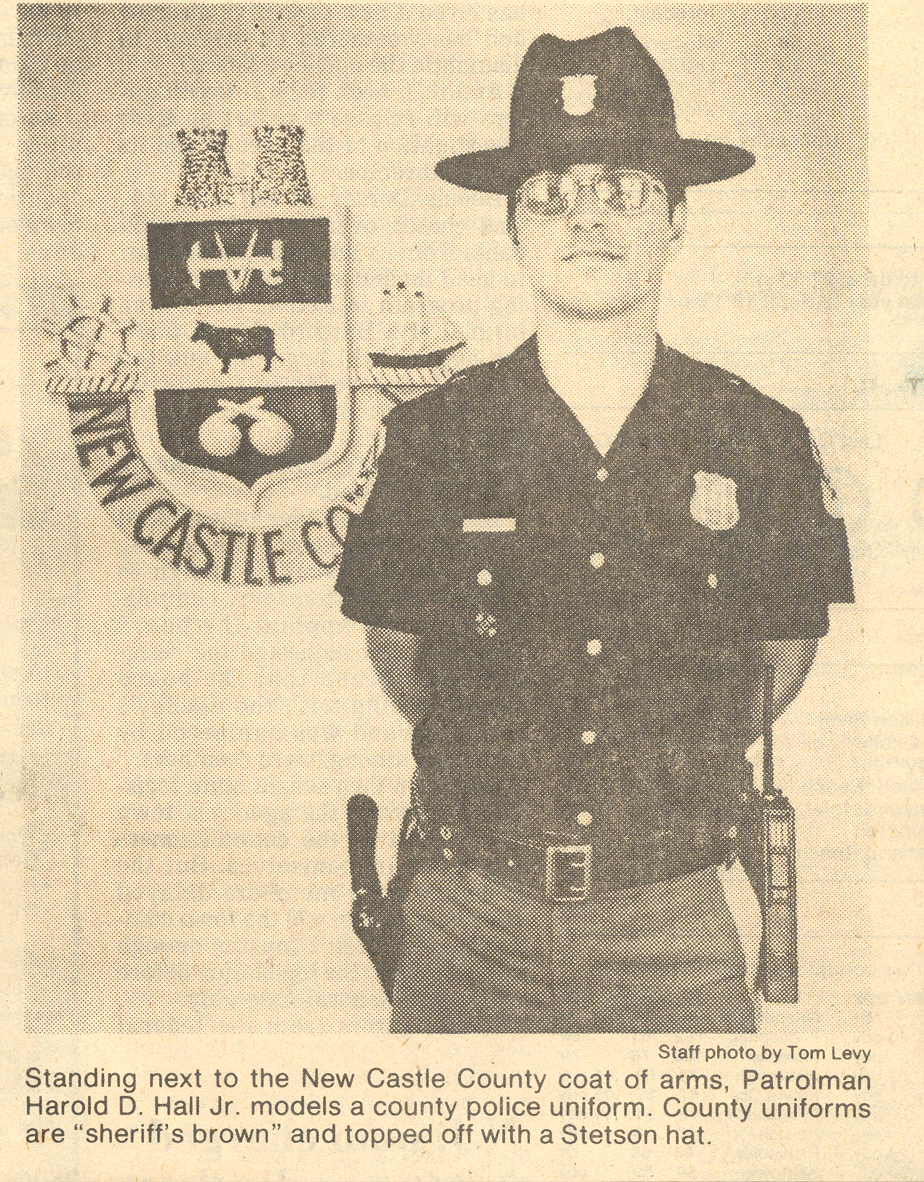 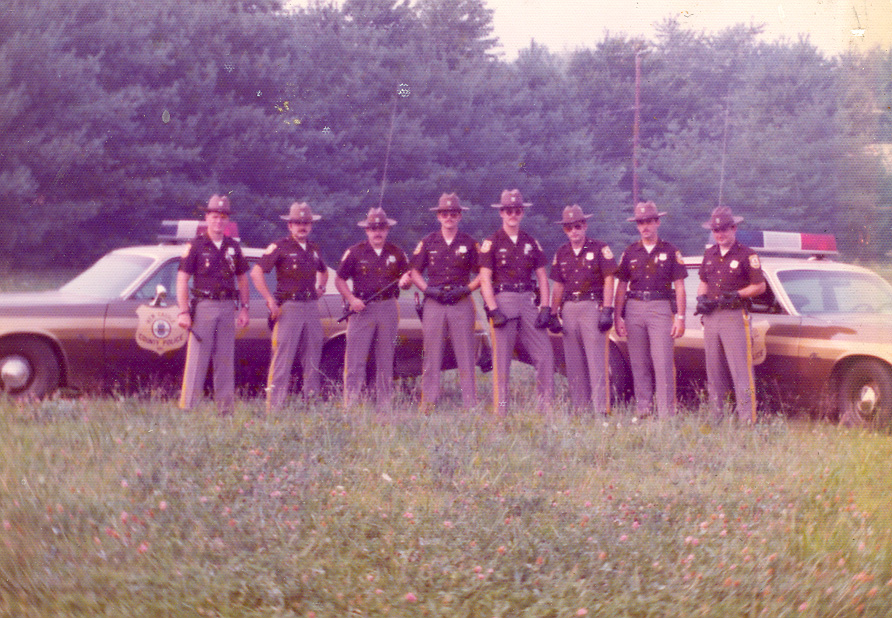 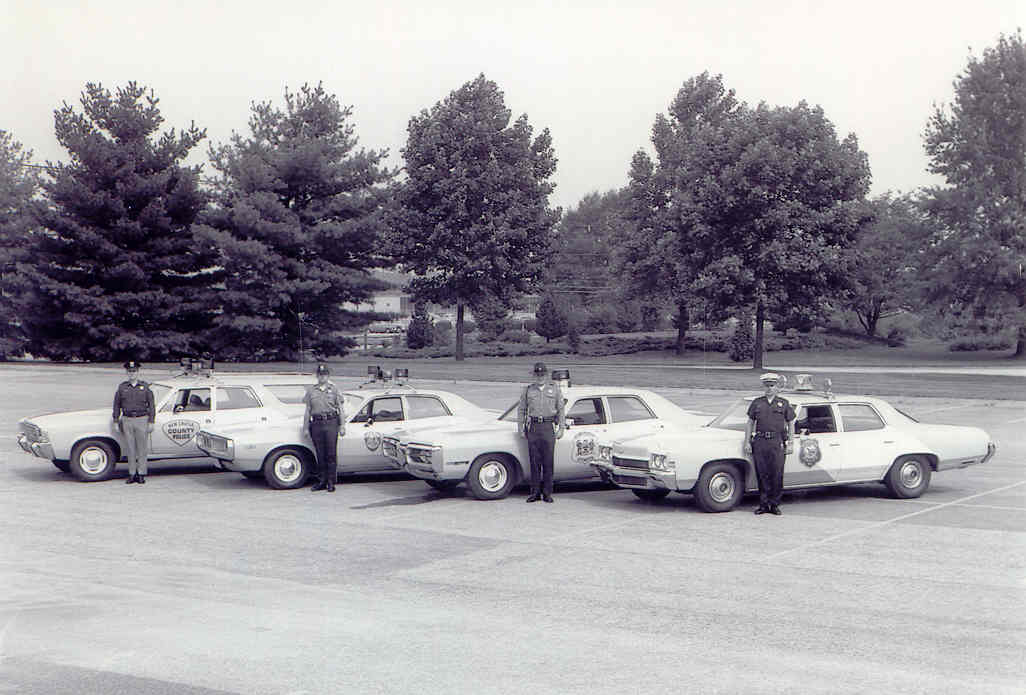 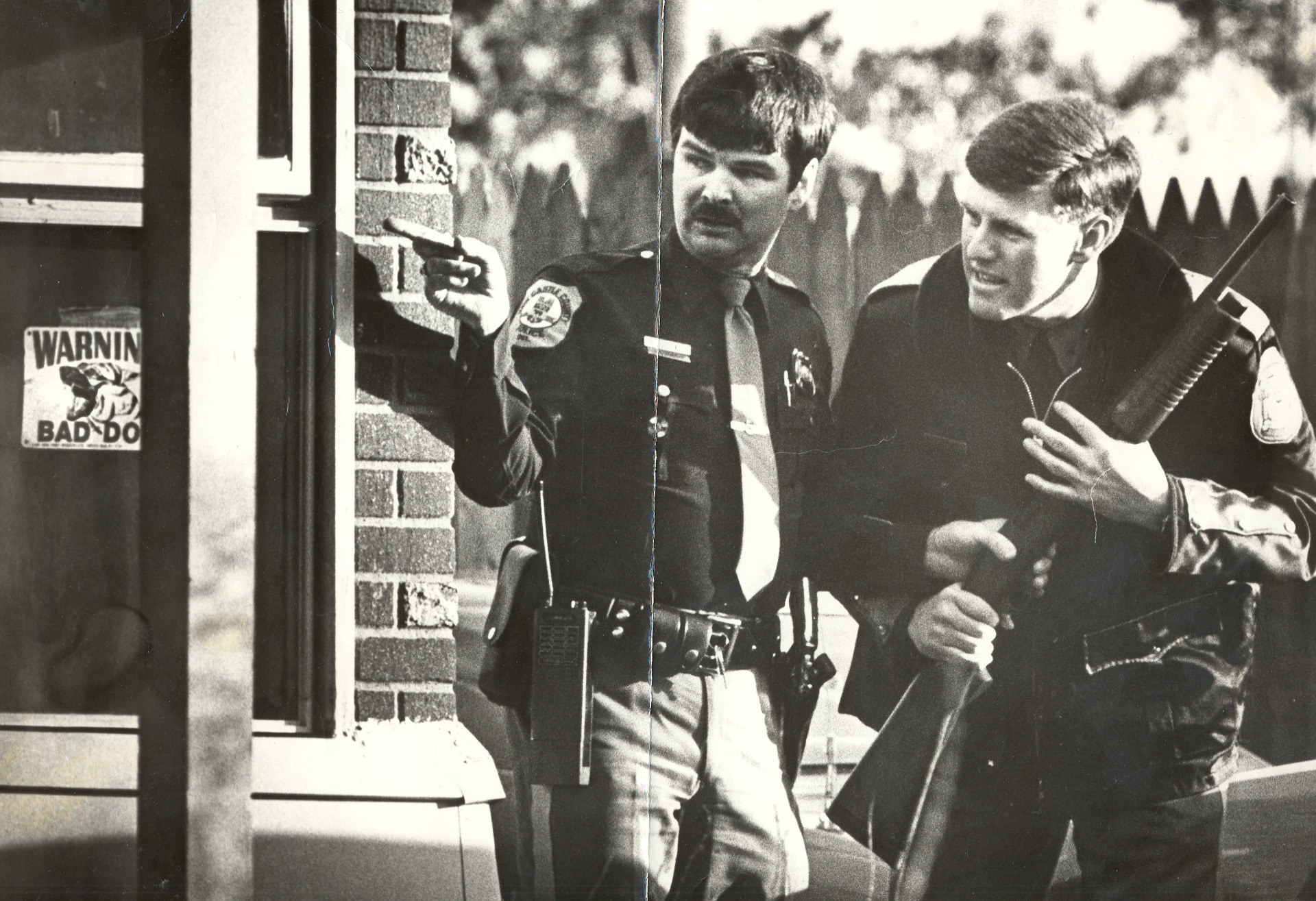 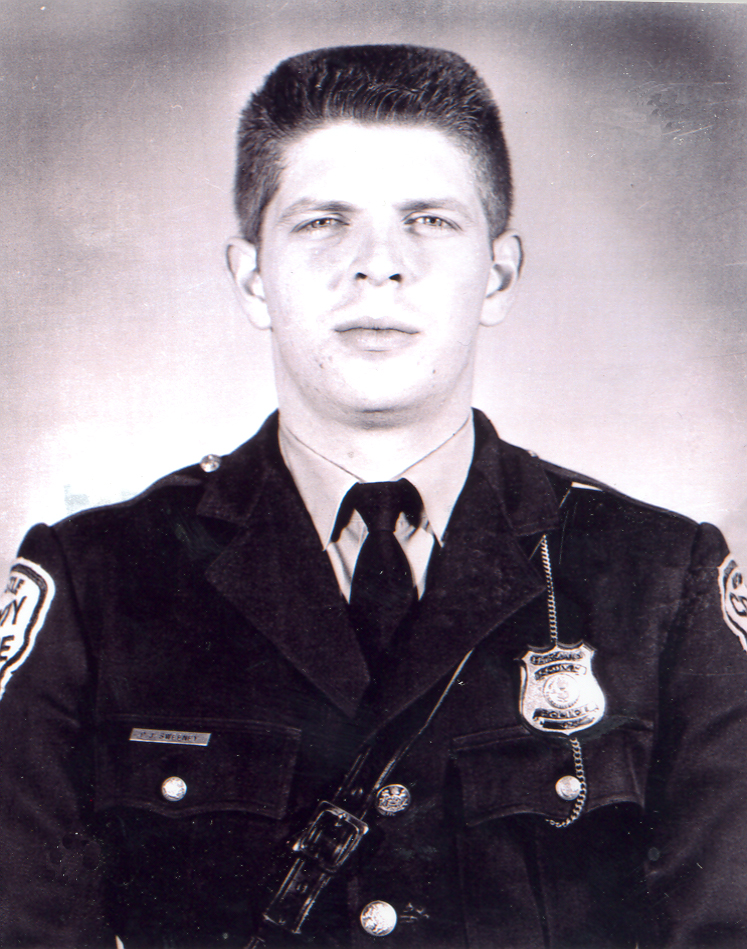 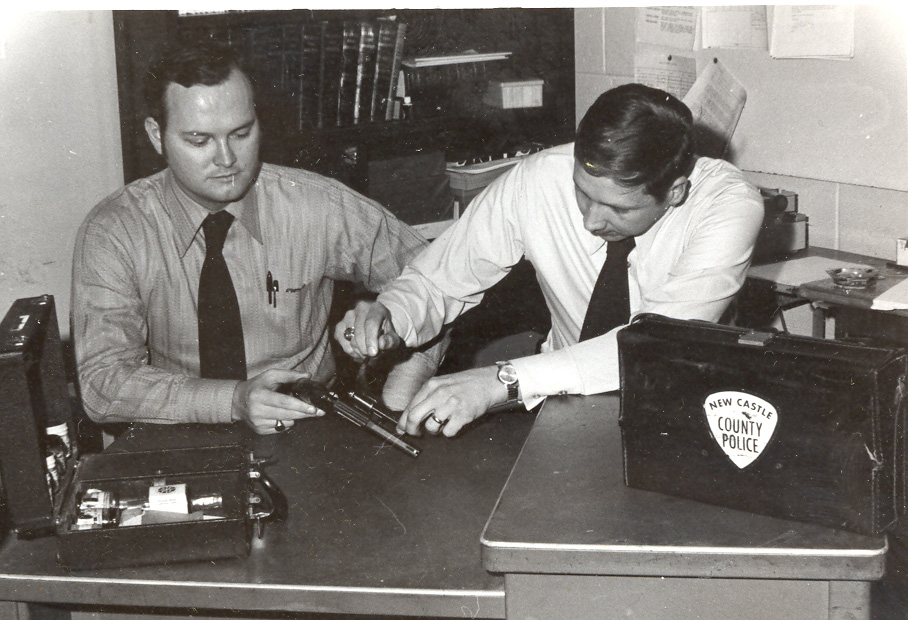 It should be noted that even today “Home Rule” does not exist for the New Castle County Police.  Wilmington, the State Police and the various other agencies in the state are secure in their right to “be.”  On any given date, the elected officials in Dover could vote once again to abolish the County Police. 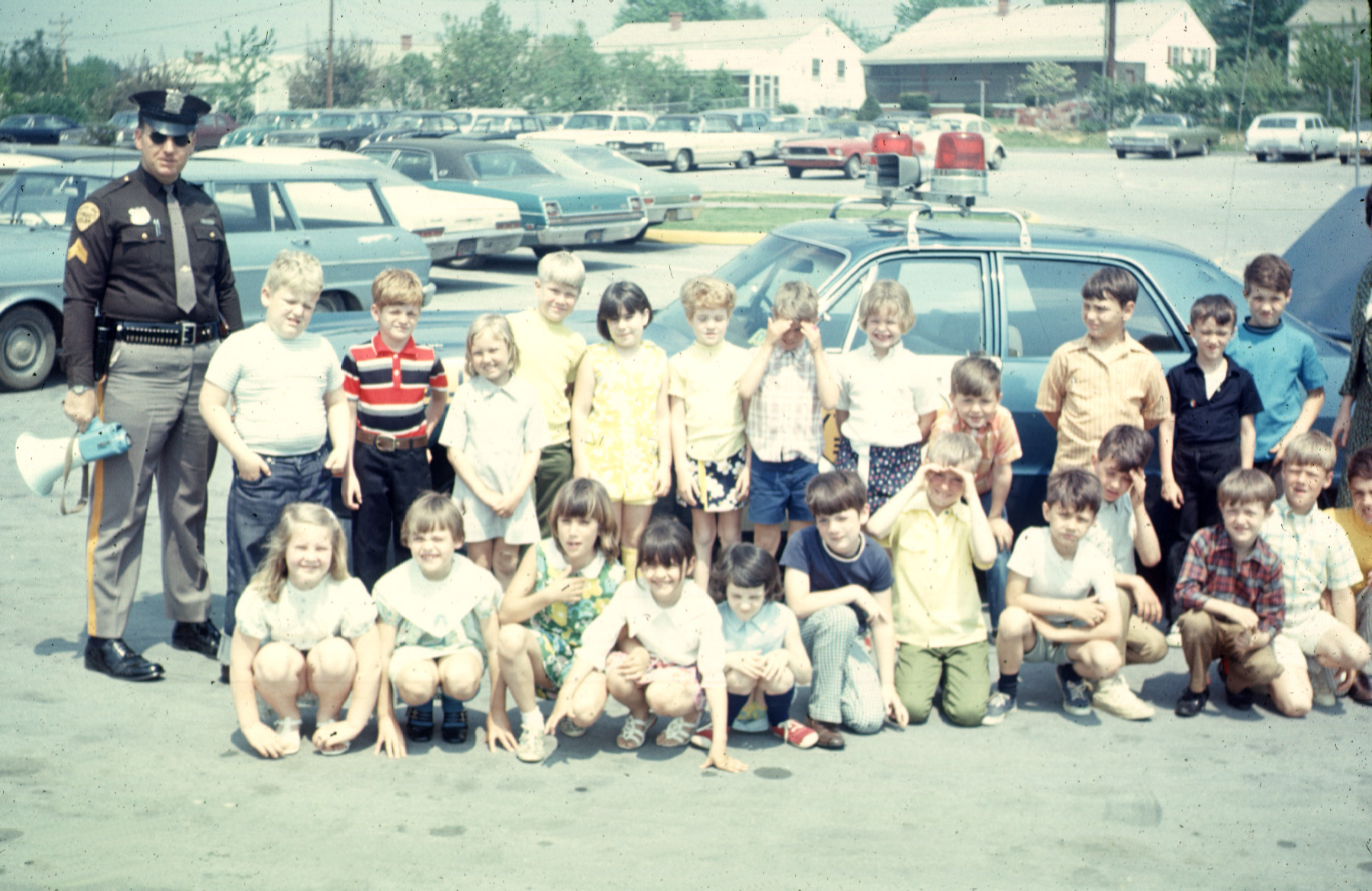 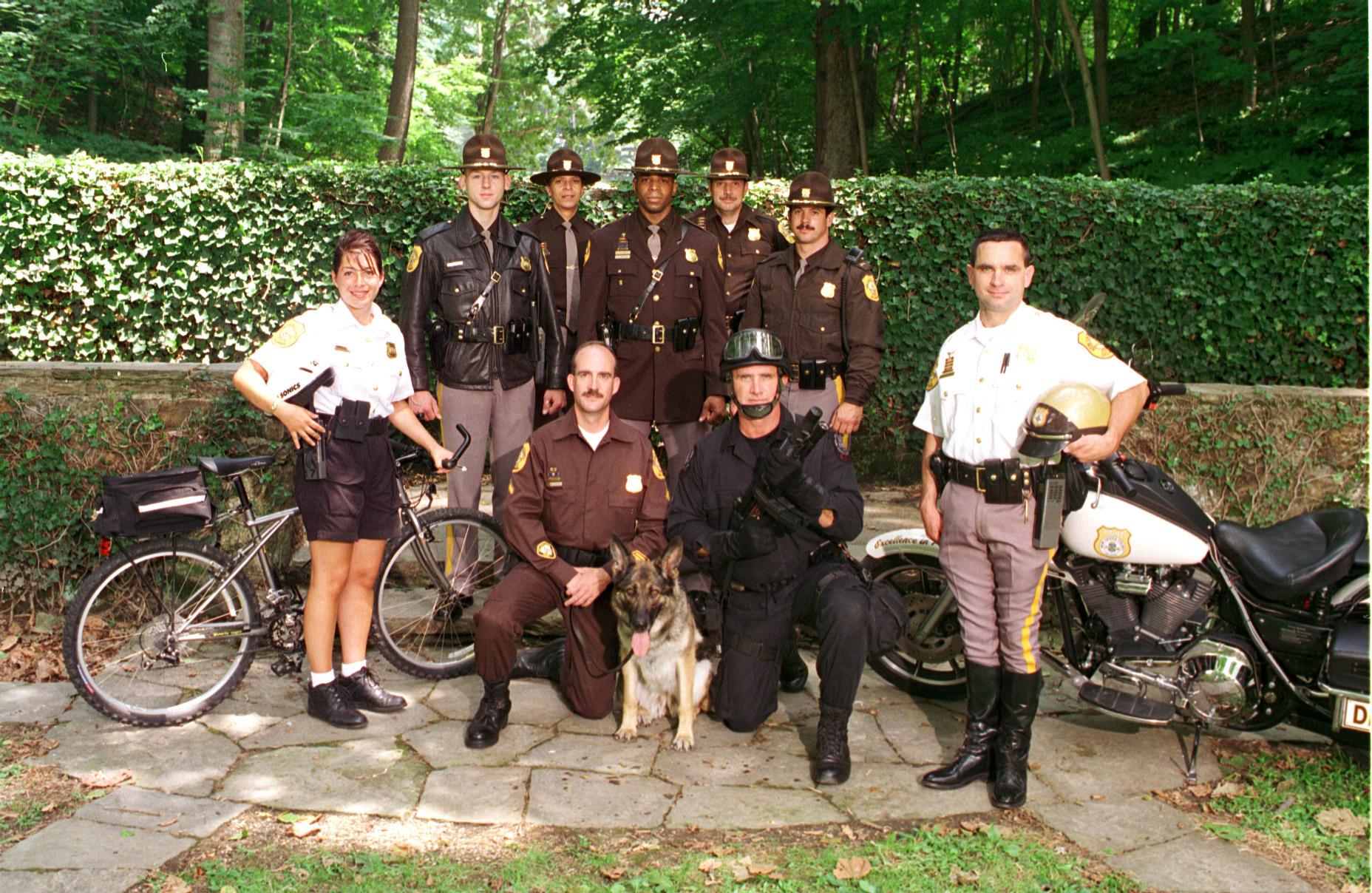 You have the bladder capacity of five people.

You have ever restrained someone and it was not a sexual experience.

You believe that 50% of people are a waste of good air.

Your idea of a good time is an armed robbery and a car chase.

You conduct a criminal record check on anyone who seems friendly towards you.

Discussing dismemberment over a meal seems perfectly normal to you.

You find humor in other people's stupidity.

You believe in the aerial spraying of Prozac and birth control pills.

You have your weekends off planned for a year.

You believe the government should require a permit to reproduce.

You believe that unspeakable evils will befall you if anyone says,

"Boy, it sure is quiet tonight."

A little "stick time" has nothing to do with baseball.

You refer to your favorite restaurant by the intersection at which it’s located.

You have ever wanted to hold a seminar entitled: "Suicide...getting it right the first time."

You have ever had to put the phone on hold before you begin laughing uncontrollably.

Your favorite hallucinogen is exhaustion.

You think caffeine should be available in IV form.

The person you're speaking with states, "That's not mine. I have no idea

how that got there."

You believe anyone who says, "I only had two beers" is going to blow more than a .15.

You find out a lot about paranoia just by following people around.

People flag you down on the street and ask you directions to strange places.

while standing over a dead body.

You are the only person introduced at social gatherings by profession.

buddy and shout, "They've come to get you Bill."

You do not see daylight from November until May.

People shout, "I didn't do it!" when you walk into a room and think

they're being hugely funny and original.

You've ever started a sentence with the phrase "We had this

awesome dead body earlier. You should have seen it."


A week's worth of laundry consists of 5 T-shirts, 5 pairs of socks,

and 5 pairs of underwear.

You've ever referred to Thursday as "My Monday".

You've ever written off guns and ammunition as a business deduction.

Anyone has ever said, "There are people killing other people out

there and you are here messing with me."

Anyone has ever said, "But officer, I am just barely passing through."

You believe that Mother is only half a word.

Anyone has ever said, "Robbery, Robbery, what's you mean Robbery."

first response is "Say what."

You have nightmares about something called Training days.

Your idea of going skiing is drawing dots and lines on a form for court.

And last but not least,  you have calculated numerous times how

their time instead of before coming to work. !